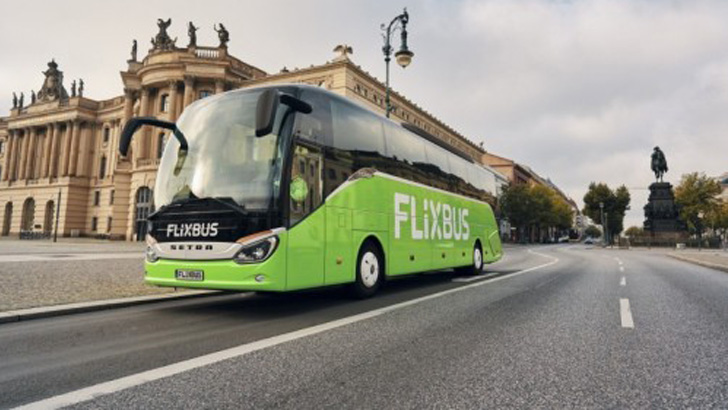 Having been to Germany several times had always used their Deutsche Bahn trains, so when I heard of Flixbus from my Indian friends I thought why not give it a try. As I was visiting four countries I decided to give it a try and worked out various combinations to provide an honest review. – Long day trip, short day trip, a night journey with connecting services (as most companies don't guarantee connections), and an airport destination.

Flixbus has the largest network in Germany with its buses usually green in colour. Most buses typically stop near central (train) stations or central bus station ZOB (Zentraler Omnibus Bahnhof).

Flixbus is one of the best buses that I’ve experienced. Globally some buses are smelly, not well maintained, noisy, not so comfortable seats, many a times delayed, no inbuilt rest rooms etc. In contrast I found Flixbus super clean (bathrooms on one journey was not clean while on the double-decker it was). The bus always (surprisingly) reached all the destinations and stops a few minutes before time (I strongly believe they keep a buffer time of 15 minutes). The WiFi worked pretty well on my mobile (can’t comment on laptop as I did not use).

The day journey buses were quite comfortable and I did not feel the strain and the excellent roads made the ride smooth. While I did take a nap I could relish the country side sights and greenery. An issue that I faced was communicating with the driver and his attendant – both did not understand much English. I think this where the Flix team can put in more efforts to train them in Basic English.

The overnight bus I took was from Berlin ZOB to Munich airport (with a connection at Nuremberg) reaching at 8.15 am (my flight was at night). The bus left 10 minutes late from Berlin at 23:40 with one change at 05:15am at Nuremberg. The bus arrived at 5.10. The transfer time was one hour and the connecting bus came at exactly 06:15. The driver was aware that I was going to board it (made me feel nice and comfortable) and we reached Munich Airport at 08:10. On both the legs the bus wasn’t full so I had my next seat empty.

Being green the buses are easy to spot in a terminal. The Flixbus prices are pocket friendly and even for 10-15 euro one can travel a substantial distance - only book a bit in advance. But do note it costs extra to reserve a seat (around 2-3 euro). One can buy tickets directly from the driver prior to boarding but the prices will be extremely steep. Cancellations are relatively easy before departure of the bus. For the tech savvy the Flixbus app is easy to use and gives latest updates.

Finally Flix offers affordable travel by train (yet to experience FlixTrain but will do so when I again travel to Berlin for ITB) and bus to over 2,500 destinations in 36 countries offering 400,000 daily connections. They are also deeply committed to sustainability (as the green colour does reflect).