While I have had the pleasure of meeting the royalty, PMs, Presidents, Chancellors across the globe, this will be my first chance to meet and interact with Nobel Laureates, says Chandragupta Amritkar. 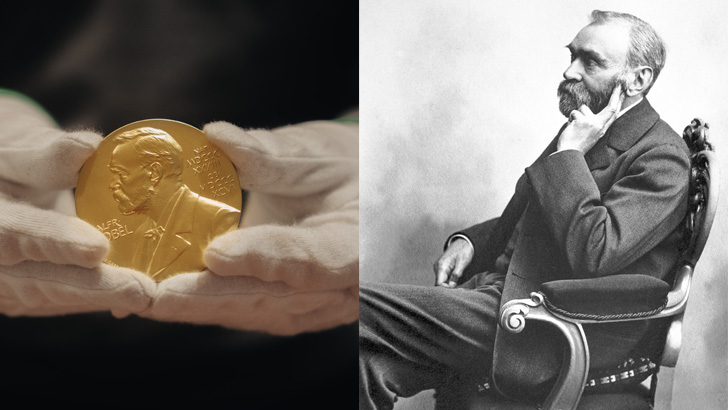 The Nobel Prize is considered the most prestigious award in the world in its field and stands out for its superiority. The coveted Nobel Prizes are a result of Alfred Nobel, a wealthy Swedish industrialist and inventor of dynamite signed last will giving the largest share of his fortune to a series of prizes in physics, chemistry, physiology or medicine, literature and peace. The economics award – officially known as the Bank of Sweden Prize in Economic Sciences in Memory of Alfred Nobel – was not created by Nobel, but by Sweden’s central bank in 1968. Each prize is worth 10 million kronor (nearly $900,000) and will be handed out with a diploma and gold medal on December 10 – the date of Nobel’s death in 1896. Nobel Prizes have been awarded to individuals 959 times (61 to women) and organisations 30 times between 1901 and 2022.

The Swedish Academy - Prize awarder for the Nobel Prize in Literature

The Norwegian Nobel Committee - Prize awarder for the Nobel Peace Prize (By the terms of Alfred Nobel’s will the Nobel Peace Prize has been awarded by the Norwegian Nobel Committee since 1901. Alfred Nobel left no explanation as to why the prize for peace was to be awarded by a Norwegian committee while the other four prizes were to be handled by Swedish committees.) 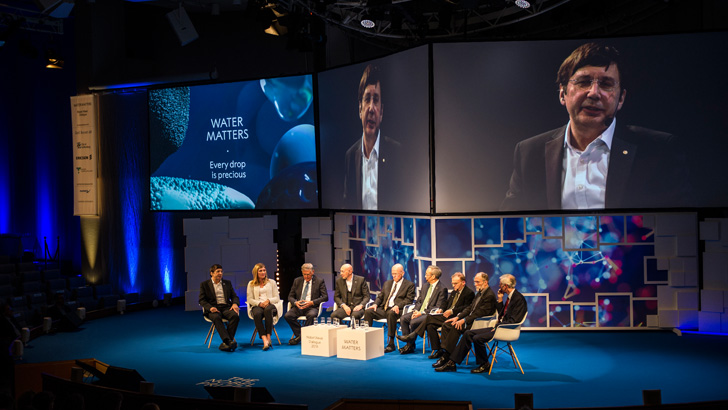 The Nobel Prize in Chemistry 2022
Carolyn R. Bertozzi, Morten Meldal and K. Barry Sharpless “for the development of click chemistry and bioorthogonal chemistry”

The Nobel Prize in Literature 2022
Annie Ernaux “for the courage and clinical acuity with which she uncovers the roots, estrangements and collective restraints of personal memory”

The Nobel Peace Prize 2022
Ales Bialiatski, Memorial, and Center for Civil Liberties. The Peace Prize laureates represent civil society in their home countries. They have for many years promoted the right to criticise power and protect the fundamental rights of citizens. They have made an outstanding effort to document war crimes, human right abuses and the abuse of power. Together they demonstrate the significance of civil society for peace and democracy. 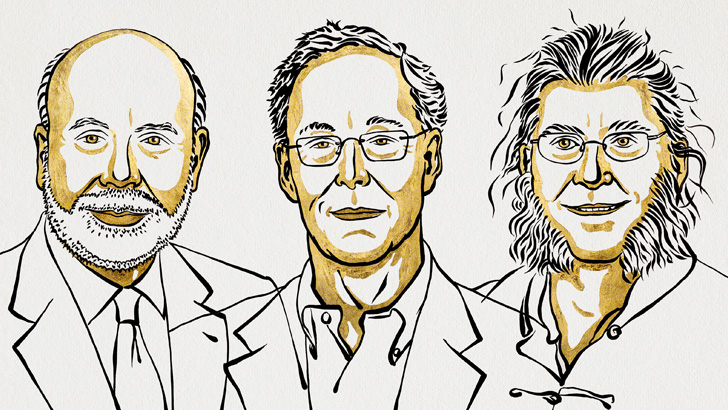 Alfred Nobel left most of his estate, more than SEK 31 million (today approximately SEK 1,702 million) to be converted into a fund and invested in “safe securities.” The income from the investments was to be “distributed annually in the form of prizes to those who during the preceding year have conferred the greatest benefit to mankind.”

The Nobel Prize amount for 2022 is set at Swedish kronor (SEK) 10.0 million per full Nobel Prize.

Record number of laureates in Stockholm for Nobel Week 2022

December 6 – 12 will mark the 2022 Nobel Week. The Nobel Foundation has invited this year’s Nobel Prize laureates together with laureates from 2020 and 2021. No fewer than 27 laureates will attend this year’s festivities in Stockholm. A number of other previous laureates will also participate in the Nobel Week Dialogue science conference on 9 December. 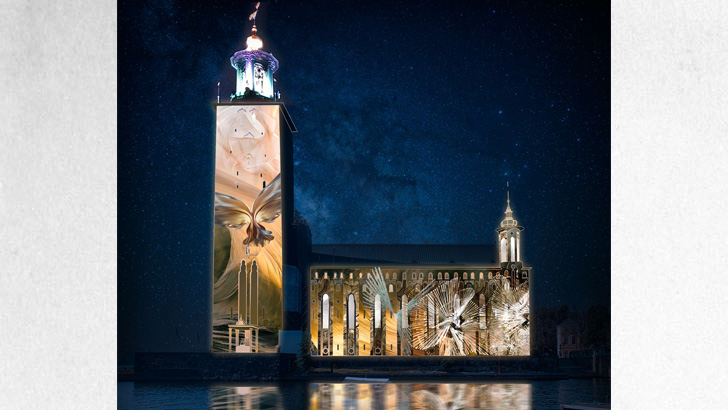 Stockholm City Hall will be illuminated with the artwork "Conscience", Rendering: Atelier BK

“After two years of cancelled festivities, we are finally able to welcome the Nobel Prize laureates to Stockholm. This will give us a fantastic opportunity to celebrate science, literature and peace efforts during an entire week. Given the challenges the world faces, it feels especially important to highlight Alfred Nobel’s idea of international community, respect for knowledge and a belief in humankind’s ability to bring about changes,” says Vidar Helgesen, Executive Director of the Nobel Foundation.

It will be a busy period for the laureates who visit Stockholm during the Nobel Week. The prize-awarding institutions will organise press conferences and Nobel lectures featuring the 2022 laureates. In keeping with tradition, all 27 laureates will be invited to the Nobel Prize Museum to sign a chair and hand over an artefact to the museum’s collection. During the week, there will also be time for them to visit schools and experience the Nobel Week Lights light festival, among other things. On 10 December, it will be time for this year’s Nobel Prize award ceremony and banquet. 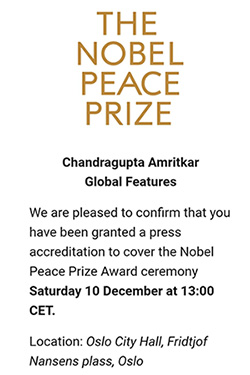 With great pride I share that my publication, Global Features has been invited to attend the coveted Nobel Peace Prize Award Ceremony in Oslo - one of the few to be accredited to this prestigious ceremony which is held in the presence of the King of Norway, his Royal family, PM of Norway and other dignitaries. We will also have the opportunity to interact with the 2022 Nobel Laureates in Physics and Chemistry and Economic Sciences in Stockholm, Sweden. 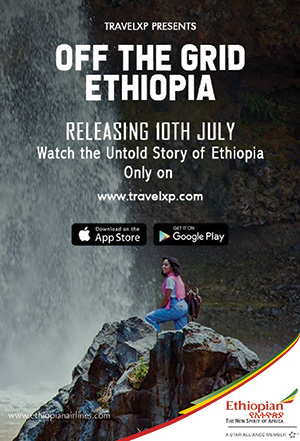